Eph 5:9 (For the fruit of the Spirit is in all goodness and righteousness and truth;)
Eph 5:10 Proving what is acceptable unto the Lord.
Eph 5:11 And have no fellowship with the unfruitful works of darkness, but rather reprove them.

Greetings in the name of our Dear Lord Jesus Christ. I pray all who truly are disciples of the Lord are finding strength in this time of such death and sorrow’s.

I have been on a bit of a hiatus and have not posted any articles of late. I’ve been seeking the Lord and reading His Word, and seeing and asking for His assistance in accepting the horrific times in which we find ourselves engrossed in. It’s been a time of losing friends, so-called “Christian” friends, who have gone on into allowing their bodies to be injected with this “death jab” and justifying it, though I’ve warned them it’s not the Lord’s will that we should. So they, and unbelieving friends, have separated themselves from me because they believe in the lies of wicked men due to fear and deception, and because they do not desire to give up on their lives of pleasure, eating out, traveling, losing jobs, or pleasing friends and family above obeying the Lord’s desires for the good of His people.

It’s been a hard time of realizing those whom I have had many years of fellowship, and thought they loved the Lord, are truly walking the way of the world, desiring the world, their family, and their pleasures above Him. But as long as I have Him, and follow Him, giving all up, and no one goes with me, as the song states “I have decided to follow Jesus, though none go with me, still I will follow”. It’s been a sad time, but what is worse, I know these persons I have loved will suffer in the end, and that I can do nothing about it, except to pray, as lead by the Holy Spirit. Because these poor people do not realize, nor have heard His voice, when He taught us, that HE has purchased us with His Blood, we are HIS property, our bodies are His Temple, and that we are instructed to NEVER bow to the god of this world, who is the devil, and who uses the wicked men in government to test us to see what and who we are following, and what we are made of. Are we soldier’s for Christ, or are we slaves to the god of this world?…….It’s an important question to ask of ourselves, for we are instructed to ask the Lord to search out our hearts to see what wickedness lies within, because when He does reveal it, then THANK the Gracious Lord above we have HIM to cleanse us and set us free from evil ways that lay within our hearts, and that HE is faithful to cleanse us from ALL of our sins, and PROMISES to cleanse us from ALL our IDOLS!
Praise His Glorious Name, which is ABOVE all names!

Act_20:28 Take heed therefore unto yourselves, and to all the flock, over the which the Holy Ghost hath made you overseers, to feed the church of God, which he hath purchased with his own blood.
Eph_1:14 Which is the earnest of our inheritance until the redemption of the purchased possession, unto the praise of his glory.

After I finish with presenting my findings on the topic’s above, I will also write about so-call “Christian blogger’s” who think they represent the Lord Jesus Christ, but I have found them totally from another belief system, and their unbelievable belief’s about the Lord and their life style’s. There are also those who think they are sharing Biblical findings and try to convey them to other believer’s their stances on how to conduct themselves via using Biblical stories to back up their ignorant and unfounded presumptions. I have found some who literally will not honestly converse with one’s comments in pointing out how their “findings” are unjust, not being taught properly within Biblical context, who slander faithful follower’s and lover’s of God by their imaginative presumptions, where even the Lord does not chide them for so-called errors, or weaknesses, or selfishness. There are so many that when they are humbly being shown their errors in understanding, they either evade certain statements all together, or try and slander or question your character….these are all done by immature, self serving so-called Christians, who do not realize how dishonest they are being, and truly have not seen how deep and deceptive our fleshly hearts are and can be, even while being a true follower/disciple of the Lord Jesus Christ.

I pray the Lord will bless my writings, and that He shall open the eyes of His Children to see what they need to learn and understand, and what they need to be aware of by the deceitfulness of men who walk after the flesh and not according to the Truth found in the Lord Jesus Christ and His Apostles for the good of the Body which will lead them to a life hid in Christ according to His Will and not men’s. I leave you with these words:

Eph 5:8 For ye were sometimes darkness, but now are ye light in the Lord: walk as children of light:
Eph 5:9 (For the fruit of the Spirit is in all goodness and righteousness and truth;)
Eph 5:10 Proving what is acceptable unto the Lord.
Eph 5:11 And have no fellowship with the unfruitful works of darkness, but rather reprove them.

The Lord bless you and keep you hid in Him.
In His Everlasting Love,
Cal.

View all posts by cctechm777 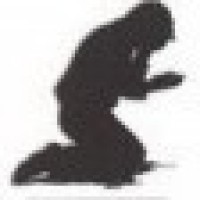 "If when he sees the sword come upon the land, he blows the trumpet and warns the people..."

FREEDOM MINDS FOR THE AMERICAN REPUBLICS

WE ARE THE NEWS NOW! Discussion about Republics restoration and other musings.